The history of success

The development of the Kryvyi Rih basin’s industry at the end of 50-s – at the beginning of 60-s of the XX-th century required the constant enterprises’ recruitment by the highly-qualified additional staff. Besides the engineering – technical specialities, being presented by the Kryvyi Rih Ore-Mining Institute, a great need was in the specialists of the economic and goods trading profiles. Resulting from the urgent necessities in such personnel, on the 13-th of July, 1966 the Ukrainian SSR Ministry of Trade issued the order on the organization of the Kryvyi Rih Branch of the Donetsk Institute of Soviet Trade in Kryvyi Rih. According to the Decree №548 of the Ukrainian SSR Council of Ministries from the 13-th of June 1966, the order on the organization of its Evening – Extra-Mural Branch was issued, requiring to increase the entrance contingent by 300 persons. 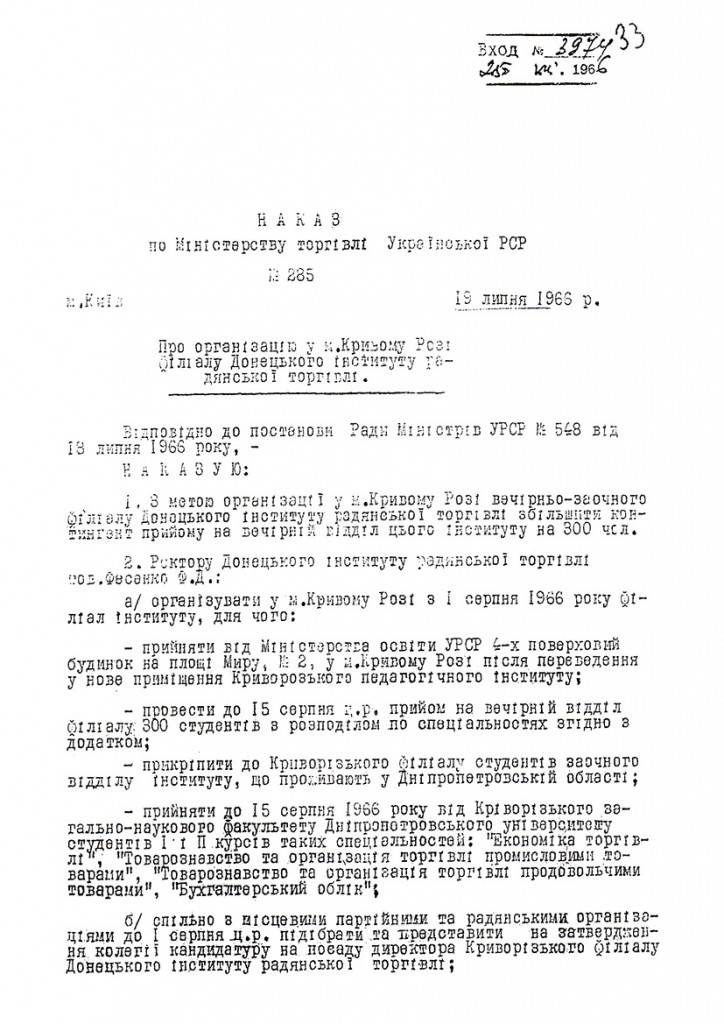 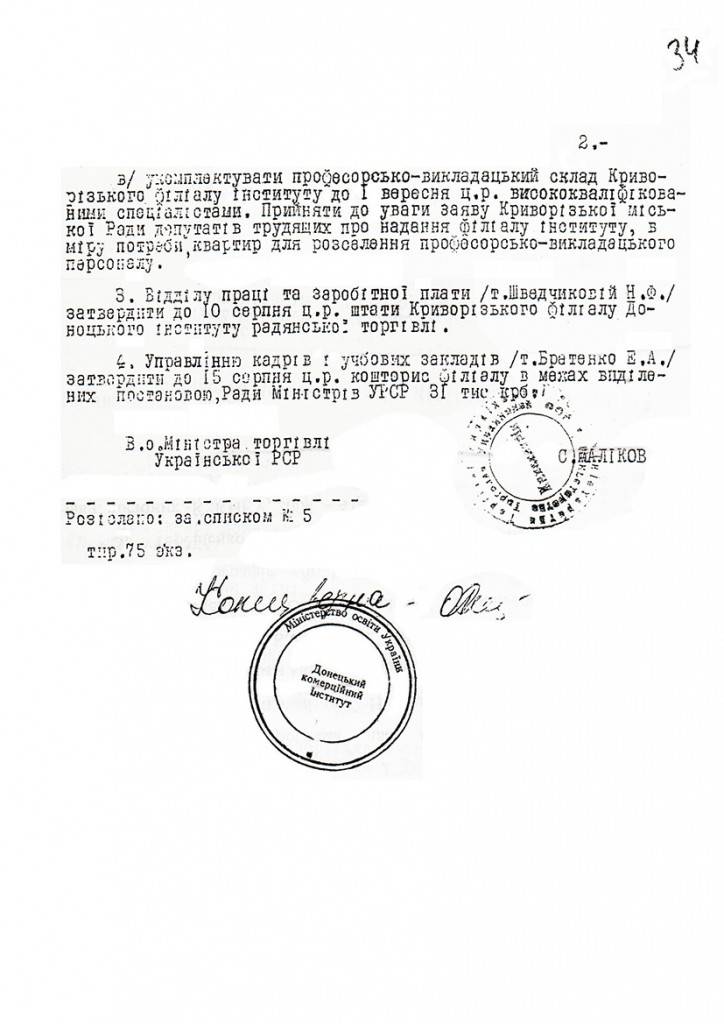 The specific measures, concerning the organization of the educational-training process, as it was  required by the preparation of  future professionals, have been used from the first days of the Branch functioning. It was necessary to collect the contingent of students, to decide the problem of the material-technical base’s creation as soon as possible, to provide the higher educational establishment with the professor-teaching staff. 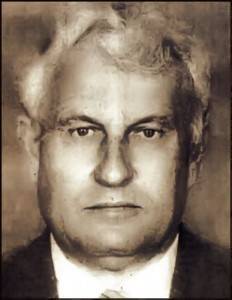 Much has been done for this by the first director of the Branch Albert Yosypovych Kucherenko (1966).  Later, from 1967, his business was followed by Yevgen Petrovych Mykhailov (till 1975). Neonila Tykhonivna Potapenko has been the head of the Institute for the short time. The four-floor house was chosen to be the educational building on the Vyzvolennya square (the former name – Myr square).   The working collective of the Branch themselves were putting it into order by their own hands to start the studies in time and in the corresponding situation.

At the beginning of its existence the Branch prepared experts of Accounting, Trade Economics, separately-of the Science of Productive and Industrial Goods. The first graduation was taken place in 1969, 40 persons gained diplomas (certificates) of the special higher education. 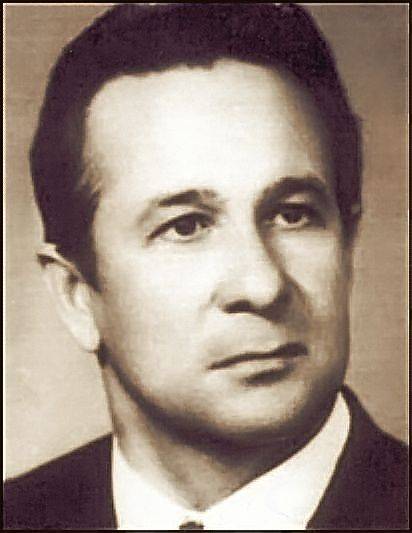 The Goods Trading and Economic faculties were created in 1974 at the Institute. The Candidate of Economic degree Ivan Afanasyiyovych Pan, whose name was connected with the whole epoch in the Institute’s life, has been working as the Dean of the Economic faculty for more than 20 years . He has been working at the Department of Enterprises’ Economy for almost the half of the century, devoting the part of his soul to the training of student youth. The students – graduates of the Goods Trading faculty remember their Dean Grygoriy Petrovych Malook with love till the present time. 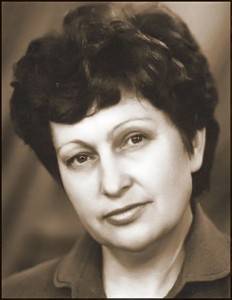 In 1983 the Director was Anatoliy Grygorovych Panchuk. The stage-by-stage widening of the educational establishment was taken place, the material-technical base of the Institute grew: in 1978 the educational building in Semashko street was built (the square – 9072 sq.m.), but in 1989 – the 300 places - hostel was built in Pulkovsky by-street.

From 1977 the Branch life is connected with the Kyiv Institute of National Economy, named after D.S. Korotchenko (the present Kyiv National Economic University, named after Vadym Hetman). That very year the Kryvyi Rih Branch made the first enrolment to the day-time department on the specialities: “Trading Science of Productive Goods”, “Trading Science of Industrial Goods”, “Accounting and Analysis of Economic Activity”, “Material and Technical Supply”. 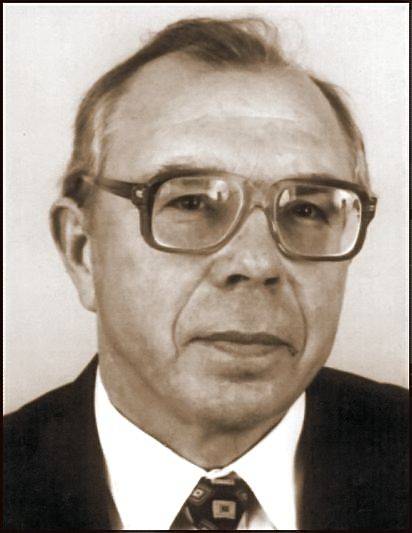 The graduation departments begin their history from one structural subdivision – the Department of Economic Disciplines - the first department of the Institute, being formed in January 1979. It operated under the leadership of the Cand.of Ec.Sc., assistant professor Raisa Petrivna Vershynina till September 1983.  One more graduation department was formed in 1980 – the Department of Statistics and Accounting. Its head was the Cand.of Ec.Sc., assistant professor Tamara Mykhailivna Bykova.

From 2003 the collective of the Kryvyi Rih Economic Institute was headed by Grygoriy Stepanovych Osadchuk. The material and technical base of the Institute has increased greatly, the educational establishment has become stronger, it has gained the present-time appearance and popularity for those two decades, when he has been the director. 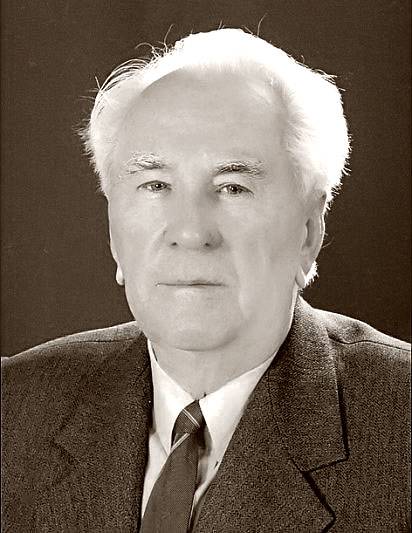 Taking into account the needs of Kryvorizhzhya  in professionals with the higher economic education, at that time the Department of Economic Disciplines was divided into two departments of professional training, from that moment being independent, specialities: “Economics of Material-Technical Provision” and “Planning of Industry”.  The first graduation of the latter one was made in 1985.  From 1993 the department changed its name into the Department of Enterprises’ Economy. The first its head was the Cand.of Ec.Sc. assistant professor Mykhailo Fedorovych Goroshko, who was its leader till February 2002.  The first head of the Department of Material-Technical Provision was the Cand.of Ec.Sc., assistant professor Volodymyr Andriyovych Shtamburg. A great contribution into the development of the department and speciality for the whole period of their existence has been made by the assistant professors: I.M.Lebedyev, V.I.Malovichko, V.S.Myronov, V.I.Bayura and others.

Changing of priorities in the country’s national economy led to increasing of the Economics role as the determining factor of stability and profitable operation of the industrial enterprises. It caused the re-orientation of the higher educational establishments into the training of economic personnel of definite directions.

In 1984 the Accounting Economic faculty was separated from the single at that time Economic (Planning-Economic) faculty. The first its elected Dean was the Cand.of Ec.Sc., assistant professor Valentyn Leonidovych Korenyev. 443 students of the day-time department were at the faculty at that time. From 1989 to 1995 it was headed by the Cand.of Ec.Sc., assistant professor V.M. Gavrysh.

A great contribution into the Institute development was made by the Dr.of Hist.Sc., professor Valeriy Oleksandrovych Shaikan – the Head of the Trade Union Committee for many years in the past, the Dean of the Accounting-Economic faculty. Historically that time coincided with the USSR disintegration and gradual transition to the market economy. New tasks, caused by the adoption of several laws on higher education and others, arose before the faculty too on new conditions.  Reduction of production and unemployment added a lot of difficulties with the provision of employment for graduates, but even at that time the plan of enrolment   hadn’t been reduced, but the experts of accounting found the dignified place in the society.

In 1989 the Department of Statistics, Economic Informatics and Computing (Calculating) Technics was formed. Its head was the Cand.of Ec.Sc.,assistant professor Mykola Ivanovych Derkach.

The work in the financial divisions of enterprises and banks is characterized by the wide circle of the difficult tasks, being determined by the dynamics of the modern economic processes. It requires deep and grounded knowledge from the economists.  Training of such economists is organized and made at the Institute on the basis of these requirements.   Taking into account these reasons, the Financial-Economic faculty was formed in 1993. Volodymyr Ivanovych Kosenko was appointed to be the Dean of this division. After him the Cand.of Tech.Sc., assistant professor Oleksandr Yuliyovych Astafyev  has been the head of the faculty for a long time, then, this post was occupied by the Cand.of Ec.Sc., assistant professor Vita Oleksandrivna Makarenko.

To provide the region with professionals in the sphere of the economic-legal activity in order to follow the legality in the operation of the enterprises of different ownership forms, the training of specialists on the profession “Science of Law” started in 1994. In 1996 the Department of Law Science was formed  in the composition of 10 lecturers. From its very beginning its head was the Dr.of Jur.Sc., professor Ivan Danylovych Kopaigora. The department included the practical lecturers: N.M.Derkach (the judge of the Dzerzhynsky region), G.I.Prymich (the head of Kryvyi Rih regional court), the Cand.of Phil.Sc. Yu.O. Topol and others.

The Association of Graduates – Lawyers, being constantly added by the new professionals, was created in order to develop and strengthen the ties with the graduates.  The juridical education united the general legal training with the mastering of Economics, presenting the wide field for the scientific and creative activity, and also for the choice of the working place for the future experts.

According to the general conception of the Institute development, the faculty of International Economy and Law and the faculty of Management and Economic Cybernetics were formed.  The faculty of International Economy and Law as the structural unit began its activity in September 1998.  It became the timely response to the needs of the southern-eastern region of Ukraine in highly-qualified experts, being able to take an active part in conducting the legal and economic reforms, capable to professionally present Kryvorizhzhya and Ukraine in the international organizations and in the world market. 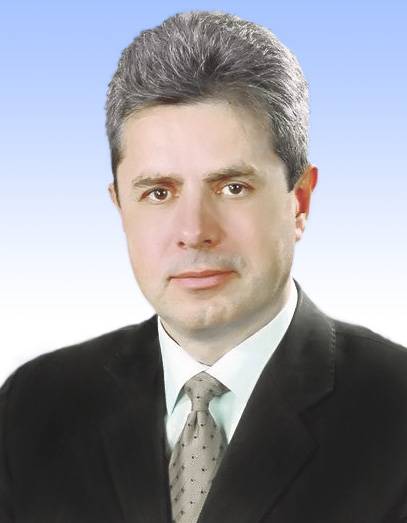 From the end of 2003 the Director’s post was occupied by professor Vasyl Pavlovych Nechayev (till 2006). The Institute administration (the Director Adviser was Grygoriy Stepanovych Osadchuk)  considered the subject of special trouble to be the selection and training of scientific-pedagogical personnel, the qualification improvement of the teaching staff.  However, the quality of education and students’ training, the fulfillment of the complex tasks, put before the higher school, depend upon the level of their knowledge, professional skill. 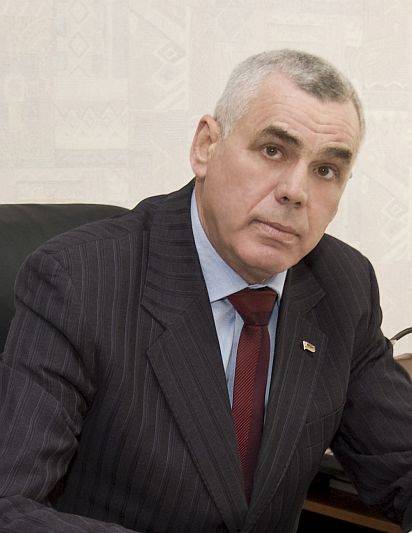 The Institute Director from 2006 to 2012 was the Dr.of Ec.Sc., professor Petro Petrovych Mazurok. The Institute has made a great break in the development of the scientific potential  for that period of time.

The lecturers-volunteers of the USA Peace Corpus in Ukraine have been working for more than ten years at the Institute, at the Department of Business Ukrainian and Foreign Languages (the head is the Dr.of Fil.Sc., professor S.O. Skydan).  They were teaching the courses of business and professional languages, the special course, organized the club of the American culture, business-club, the summer school Camp LEAD.

In 2012, due to the re-organization of Kryvyi Rih higher educational establishments into the united Kryvyi Rih National University, the Kryvyi Rih Economic Institute was headed by the Dr.of Ec. Sc., professor Anatoliy Mykhailovych Turylo. The specialized scientific councils, dealing with the defense of the candidate 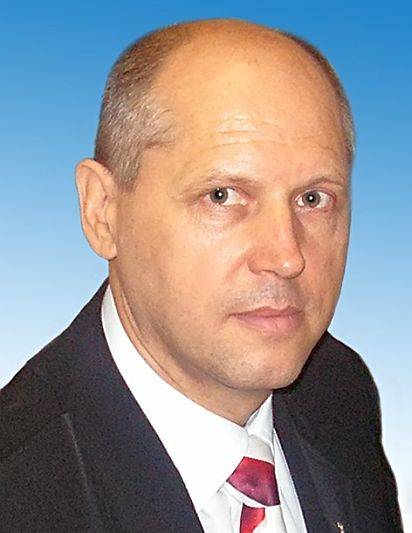 dissertations, and the postgraduate studies were opened during the time period of his leadership at the higher educational institution.

The head of the Department of International Economy, professor V.V.Kulishov led the Kryvyi Rih Economic Institute out to the new level of international cooperation. From 2014 the training of experts  started, according to the Master’s program “International Economic – Legal Relations” together with the Poloniyna Academy in Chenstohovo (Poland) in the field of the theory and practice of the international economic relations with the advanced  study of problems of  the international public law. The Program gives the necessary knowledge for the conducting of the economic activity on the conditions of the European Union joint market’s functioning. 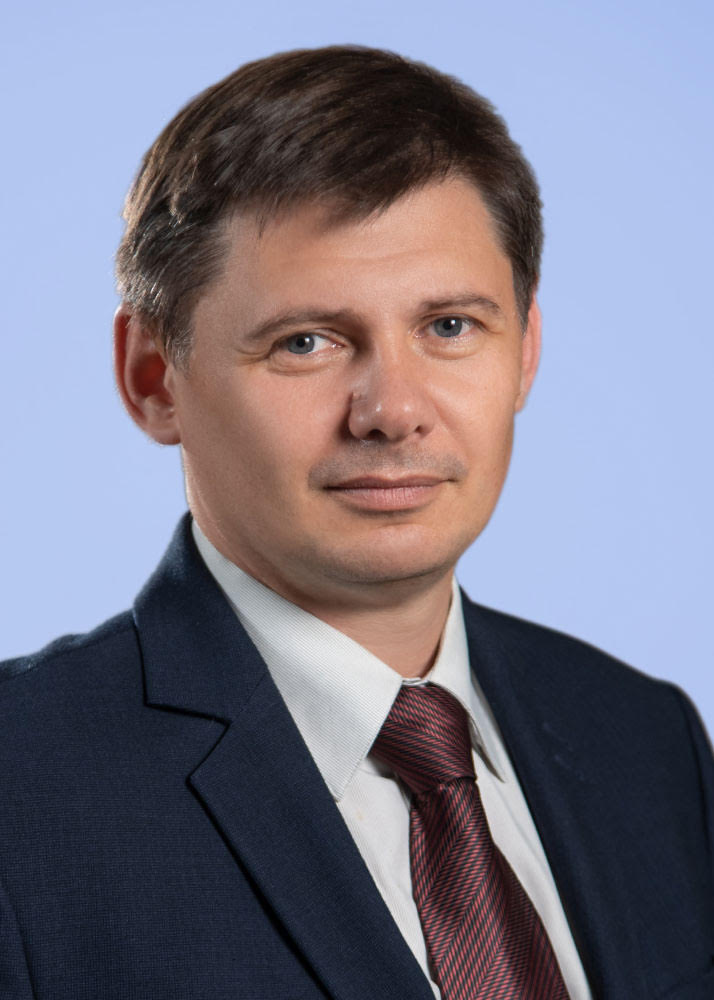 From 2015 the Director duties are executed by the Dr.of Ec.Sc., professor Andriy Valeriyovych Shaikan. The task is put before him – to create anew and, being more exact, to return the own history, which the Institute had, being a part of the Kyiv National Economic University, named after Vadym Hetman.

The Institute met its half-century anniversary with dignity in 2016. We hope, with more and significant successes.  That's why our agenda is to fullfil the goal-oriented work on modernization of education's contents, introduction of new technologies, active methods of training.

Thus, one may say: there are all the necessary conditions for the qualified training of future specialists, their scientific, searching, sport and artistic activity, creative profound leisure. 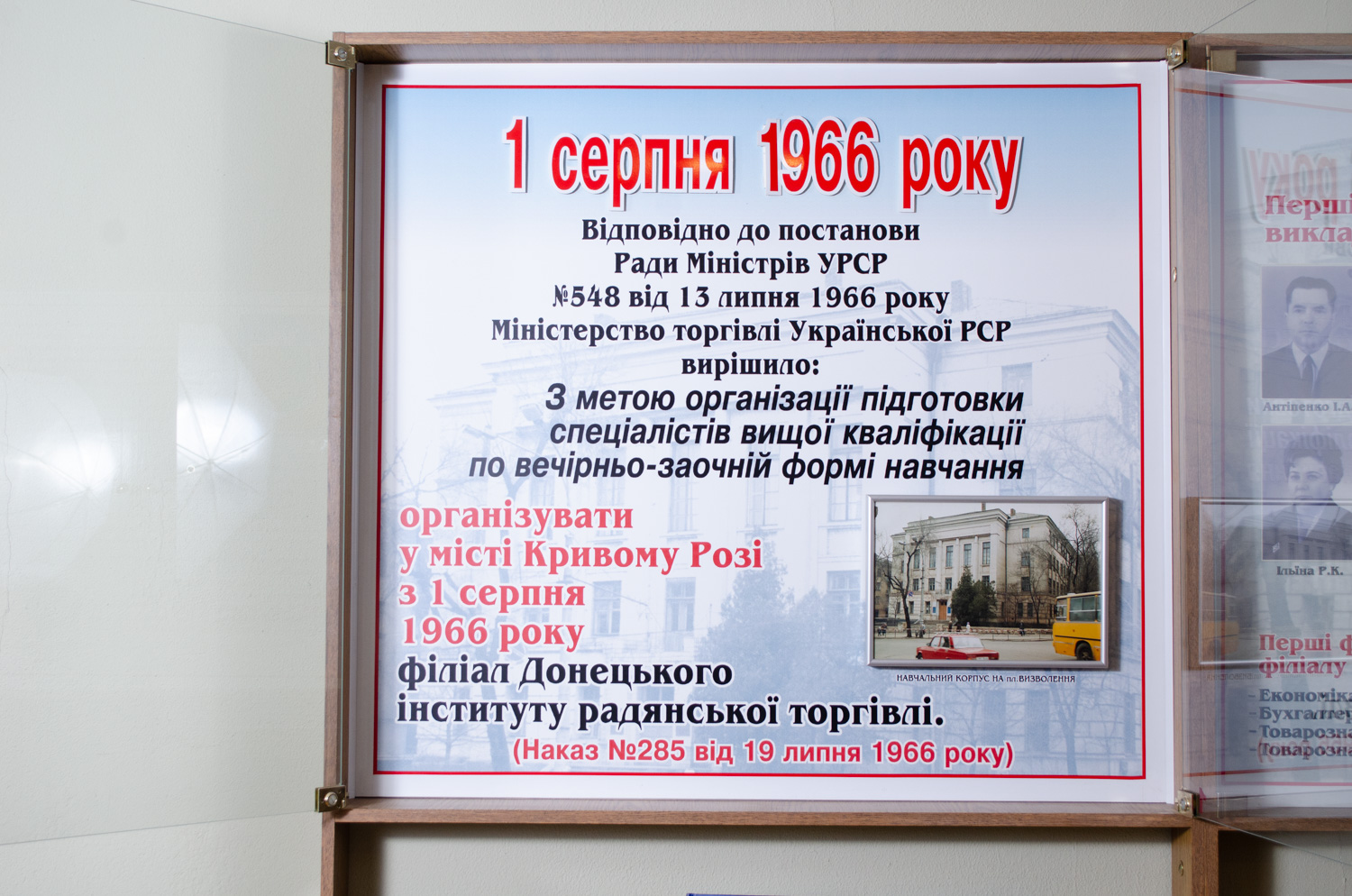 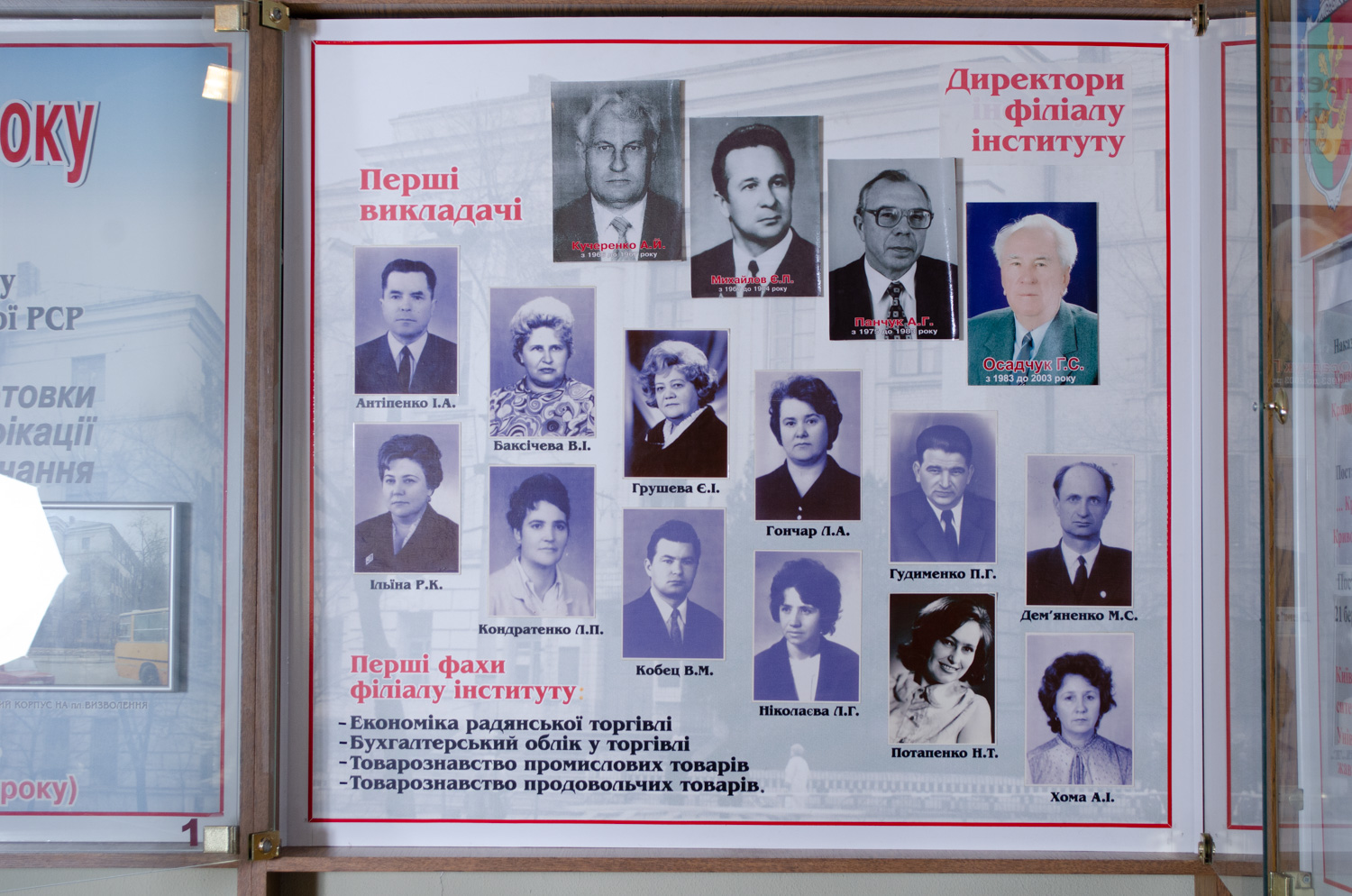 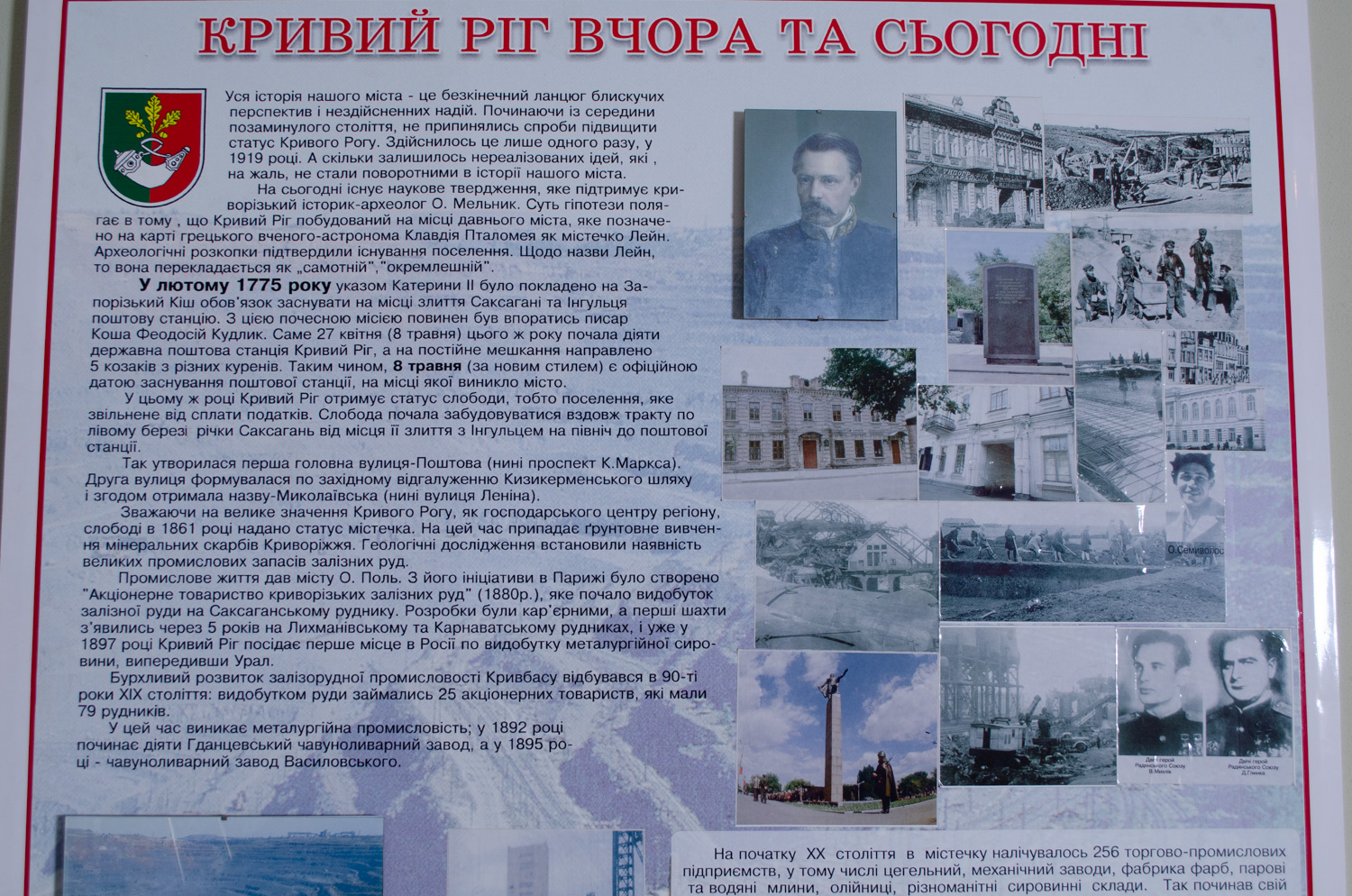 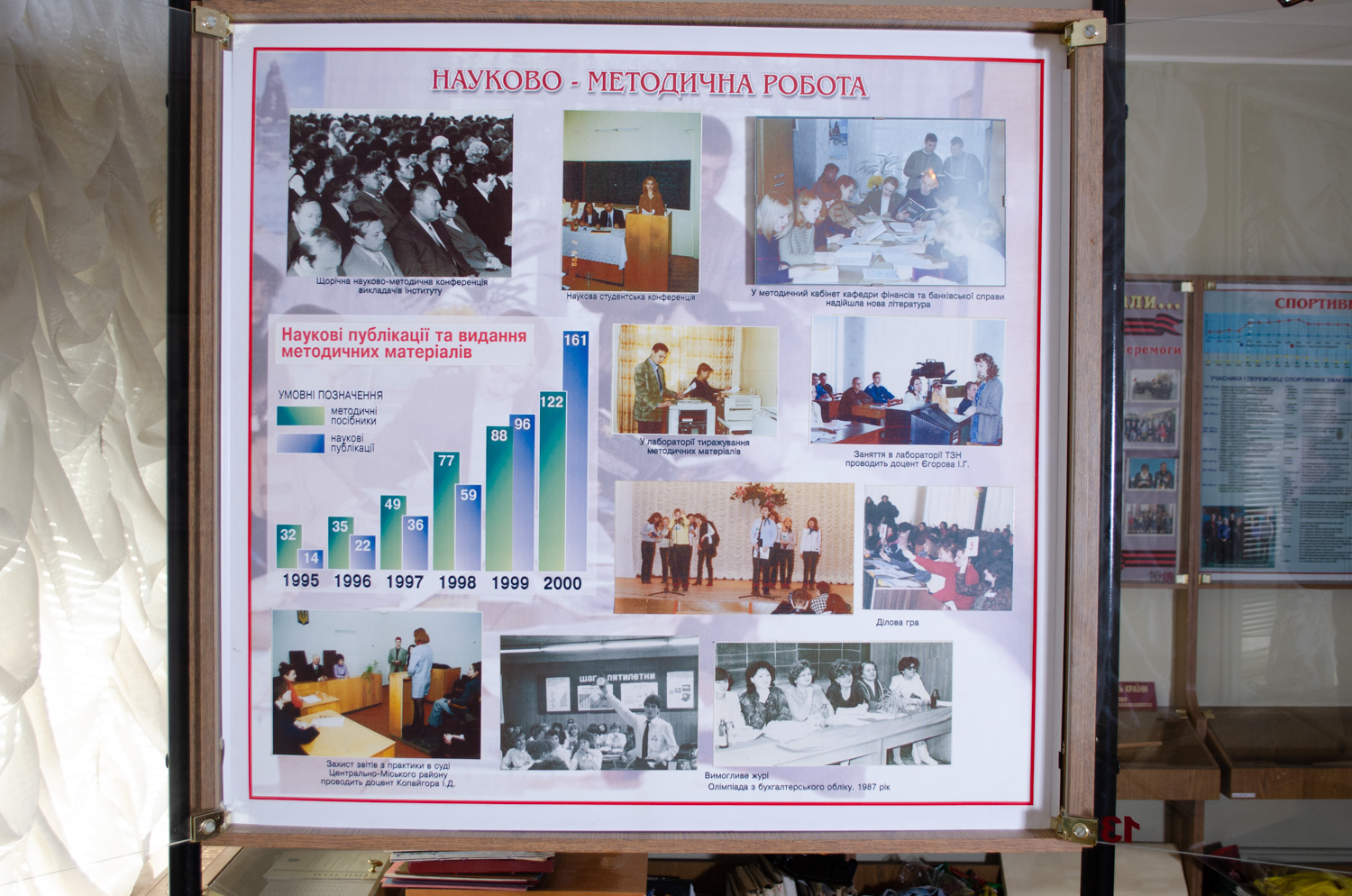